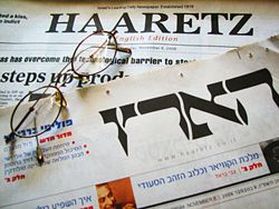 There is no Jewish death penalty. There are no rabbinic executioners, or people who amputate limbs for violations of Jewish law. Ritual circumcision is the only act of physical harm that remains.

A debate has come into being quietly here about the place of Brit Milah (the ritual circumcision of Jewish baby boys on the eighth day after birth). The debate is not taking place abroad, not in “anti-Semitic” Germany, but here in the State of Israel. When one mother refused to have her son circumcised, the rabbinical court tried to force her to do so, and the High Court of Justice countered the rabbis in the name of liberty.

This topic, which vanished when the fighting in Gaza broke out, could have toppled governments at other times. I think the issue runs much deeper than a legal battle.

On the day that my fourth grandson was circumcised, I wondered whether the institution of circumcision would be the next one to fall. Observance of the Sabbath, kashrut (Jewish dietary laws), mikveh (family purity laws), and the religious prohibitions against same-sex relations have not been obligatory social conventions for quite some time. They became the preserve, and means of preservation, of a diminishing minority. Will the same processes cause circumcision to follow suit?

Something about the institution of ritual circumcision is no longer all that convincing for young parents of this generation. In my family, all the males were always circumcised, without exception. My parents never thought about it. My own heart was pained at my sons’ circumcision, though it was no more than a young father’s heartache over the pain of his newborn baby. The discourse is different among my children. “Maybe we won’t do it. What for, anyway?” they have asked themselves four times already. The first time we talked about it, I realized that many of their friends had the same questions. Although they did it in the end, their questions are still real and require thought.

I approached the topic with a great deal of curiosity, and conducted a kind of man-in-the-street poll for several weeks. I asked my questions with care and got detailed responses. The many answers I received all pointed in a single direction: that the institution of circumcision is coming to an end. Or, to be more precise, the institution of circumcision has no real hold among the segment of the Israeli population that is not conservative and religiously observant.

On what basis do I make these statements? Let us begin with the explanations that people give themselves and that were given to me. “It’s healthy.” “It’s hygienic.” “It’s aesthetic.” “Half of American Christian men are circumcised.” “So the kid won’t stand out.” “So he won’t be embarrassed in the shower, at the pool, on the annual school trip, in the army.”

My innocent question, “Is any one of these answers sufficient reason to maim a child?” was met with silence. I asked, “Would you take out a child’s appendix soon after birth? Or implant a pacemaker in his body in order to play it safe?” The answer, with an embarrassed smile, was, “Oh, I never thought about it that way.” Nobody, but nobody, cited religious obligation as justification for the act.

But the only reason to harm a defenseless child in that way is the religious reason: the covenant between God and the Jewish people. Besides all the difficult restrictions I mentioned above (the Sabbath, dietary laws and the Jewish family that does not contain only Jews or only heterogeneous relationships) that are violated in public, we would do well to take note of the common thread that underlies many of these nullified commandments, whose examples include an eye for an eye, the Jewish death penalty, the sorcerous ordeal whose purpose was the public humiliation of a woman suspected of adultery. They are all concerned with the physical aspect of the religious conventions.

Generations of Jews have lived since those ancient commandments were almost completely abolished. Here are the facts: there is no Jewish death penalty. We do not put out eyes or cut off hands. There are no rabbinic executioners, or people who amputate limbs for violations of Jewish law. All that are left are the mohalim – those who are specially trained to perform circumcisions.

Ritual circumcision is the only act of physical harm that remains. For how much longer?

The acts of physical harm I enumerated above, and many others, fell into disuse as the social and cultural conditions in which the Jews lived changed. Is our generation the one that is ripe for the abolition of ritual circumcision?

A challenging opponent has arisen against the ancient rite of circumcision: the concept of rights. Recent generations have deepened and broadened the discourse of rights – the rights of a human being to his body and dignity.

Rights and liberties are the true strength of Western society. This is a society that fights with all its might against female genital mutilation, which is customary in other parts of the world and still widespread among immigrants who refuse to assimilate and internalize the values of the new world to which they moved.

The fight against female genital mutilation is highly complex; the woman’s right to do as she pleases with her own body, her right to enjoy sexual relations at least as much as her male partner does, the freeing of the woman from any form of ownership by men (such as her father, brother, husband or pimp).

The way the fight against female genital mutilation radiates to the struggle against male circumcision is well known and extremely significant. After all, what exactly is the difference between them?

The difference is that male circumcision has positive branding compared with female genital mutilation, even though the issues are no different. On the one hand is the parents’ right to raise their children according to their faith. On the other is children’s inborn rights over their own bodies. On the strength of that right, violence against children was prohibited, and corporal punishment at home and in school utterly condemned.

It is likely that many people will continue circumcising their sons for religious or behavioral reasons, and many will look for other ways to express their membership in the Jewish collective without compromising on universal principles, which include the child’s right to an intact body.

Let us conclude with a paradox. An important part of the religious argument against abortion is the fetus’ right to life. According to this argument, the fetus is a living creature in every way. And, they claim, every child – inside or outside the womb – has the right to be born and to live.